Tell us a bit about yourself so we can help you get started.

WOOHOO! YOU TOOK THE FIRST STEP.

You should receive an email from us containing a link to your application.
If you don't receive an email in the next 10 minutes, or you have questions, email us at admissions@rivetschool.org, or call (or) text us at (510) 727-5484.
We look forward to getting to know you!
- The Rivet School Team
Oops! Something went wrong while submitting the form.
If you continue to have difficulties, just email us at info@rivetschool.org, or call (or) text us at (510) 369-1255. 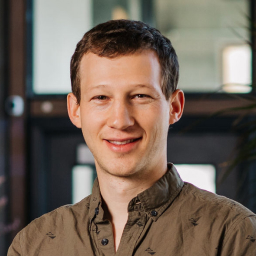 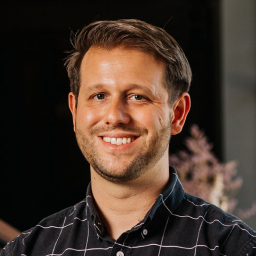 Growing up, Andrew didn't think school was important. When he graduated from high school in 2007, he figured that was the last time he’d cross a stage. He’d bounced between eight different elementary, middle and high schools, so he’d found himself navigating the maze of adolescence on his own.

When Andrew finally made it to his high school graduation, he felt accomplished. This was it. Andrew didn’t have any family members that had gone on to college, and so college simply didn’t seem like an option. And like most of his friends, he was excited to leave school behind and get a job.

But after two years of working at a local fast food chain, he woke up to the reality that minimum-wage work wasn’t going to get him the things he’d wanted as a kid: a stable job, a nice house, and the freedom to travel the world. Not sure exactly what his future could hold, he knew a college degree would be essential. While working a shift on his 19th birthday, his manager brought out a cake and candles. With his coworkers looking on, he made a wish. The next day, Andrew quit his job. He knew what he needed to do.

Andrew enrolled in classes at a local community college. After two years of coursework, he took on a part-time job at the campus bookstore. His new peers and coworkers were inspiring – they talked about their personal goals, dreams, and future careers in ways that motivated Andrew to think big. No longer an abstract idea, college became his top priority. Two years later, Andrew earned his associate degree, and had transitioned into a full-time role at the bookstore. His favorite part of the job was working with the younger students who rotated through the store; he loved managing teams and the feeling that came along with being responsible for their performance. But if he wanted to become an actual manager, he needed a bachelor’s degree. Every job he saw required one, so he set his sights on transferring to a university.

Scouring university course catalogues, Andrew just couldn’t figure things out. His work schedule and class times didn’t match up. And the tuition was higher than he remembered. Was it worth the risk to quit his job and take on debt? When his manager mentioned Rivet School over lunch, Andrew was intrigued – a self-paced curriculum with extra support, and tuition lower than state college. Two weeks later, after attending an information session and reading through the website, Andrew was enrolled at Rivet School.

It was overwhelming at first. Andrew couldn’t help but think he wasn’t cut out for such an independent program. The project-based curriculum was delivered online, and each project would be evaluated for mastery. But instead of having one shot to get it right, as was typical in his college experience (like on midterms and final tests), he’d get feedback from a university reviewer and could try again and again until he’d mastered the project. His first project submission was returned as ‘not mastered,’ and came with a page-worth of feedback. When he realized he could revise and resubmit his work, a weight lifted.

With failure removed from the equation, and plenty of attempts to reach mastery for each project, he felt confident pushing ahead. Andrew spent the next months with his head down, working on projects every chance he could. His fiancée, also a college student, scheduled “homework dates” on the weekend, and Andrew filled his lunch breaks and weeknights with school work. He used trackers from his Rivet School coach to methodically measure his progress each week. His weekly meetings with his coach kept him accountable. In just four months, after putting in 30+ hour weeks, Andrew had completed his degree, becoming Rivet School’s first-ever BA graduate.

Andrew plans to use his degree to take on a new role at the community college campus that has given him so much. But Andrew’s education isn't over – he now considers himself a lifelong learner, and takes seriously the responsibility of setting an example for his family and community. Reflecting on what got him so far, Andrew says “I did this for my family, and for my future wife and kids. I didn’t have a college role model when I was younger, but now I can represent that for others. I want to show everyone what’s possible if you just build your own path.”

The rich text element allows you to create and format headings, paragraphs, blockquotes, images, and video all in one place instead of having to add and format them individually. Just double-click and easily create content.

How to customize formatting for each rich text

Headings, paragraphs, blockquotes, figures, images, and figure captions can all be styled after a class is added to the rich text element using the "When inside of" nested selector system.